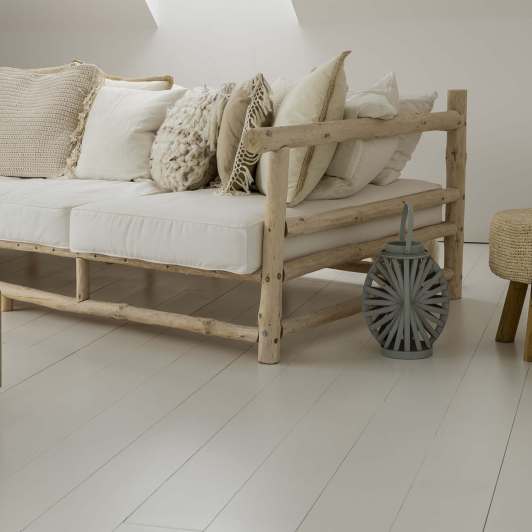 After a monumental holiday sales weekend on the Blueport Platform, we flew down to Orlando for the annual Furniture|Today Leadership Conference, which we’ve been proud to sponsor for the past four years.

The theme of this year’s conference was transformation. Aptly, the conference itself had transformed with a new venue, speaker format, and re-vamped awards dinner. And, perhaps most notably, ecommerce permeated the conference agenda. While in previous years ecommerce might have been partitioned in a one-off panel of vendors, this year's ecommerce strategy and the role of technology were integral to each and every topic discussed at the conference.

With ecommerce at the forefront of the discussion, three key themes emerged in how this channel will play a vital role in the future of the furniture industry:

Noam Cohen, managing director at RBC Capital Markets, has led the firm’s coverage efforts in the furniture retail sector for the past four years, completing numerous M&A and financing transactions for retailers including Bain’s acquisition of Bob’s Discount Furniture.

In his presentation titled “Is the Furniture Industry Ready for this Transformation?” Cohen covered recent activity in the furniture industry from a Wall Street perspective.

Central to Cohen’s presentation was consolidation – from 2009 to 2015 the market share of the top 20 furniture retailers has increased from 20% to 29%. 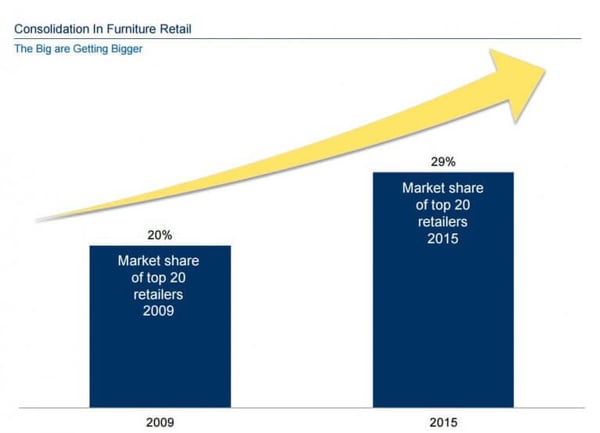 Cohen believes we are at the beginning of a phase of consolidation, citing recent moves by industry titans like Bob’s, Nebraska Furniture Mart, and Art Van. 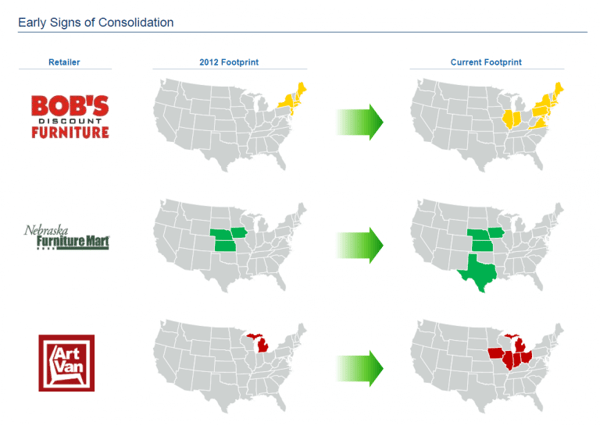 At the same time, he noted that the industry remains far more fragmented than most. 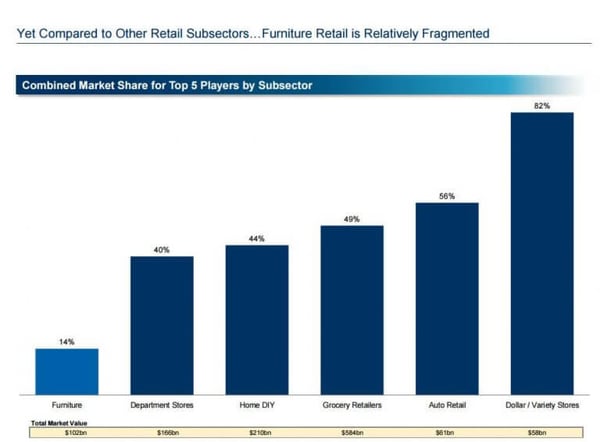 In speaking to other attendees, several of us agreed that we had seen this movie before. The graveyard of boom-time consolidation players in furniture includes some notable names, like Heilig-Meyers, Wickes, and Levitz to name a few.

However, the role of technology is a wildcard in this otherwise cyclical trend. On one hand, retailers of scale have tremendous advantages in their ability to invest in ecommerce and omnichannel technology and the efficiency it brings. On the other hand, this disruptive technology is more affordable than ever, making it possible for smaller players to get bigger more efficiently than ever before.

Which of these countervailing forces will prevail is unclear. What is clear is that consolidation – by both enabling and prompting investments in ecommerce – is driving technological transformation in furniture faster than I’ve ever seen in my nearly 20 years in the space.

While the Industry May Be Consolidating, Disaggregation is Key in Activating Shoppers

Possibly the most insightful session of the conference was a presentation from real estate specialist John Burns. Taking insights from his work examining geographic and demographic trends in home sales, Burns broke down the unwieldy terms like “Boomers” and “Millennials” into actionable age groups, each with their own persona and behaviors that drive how they look at home furnishings. 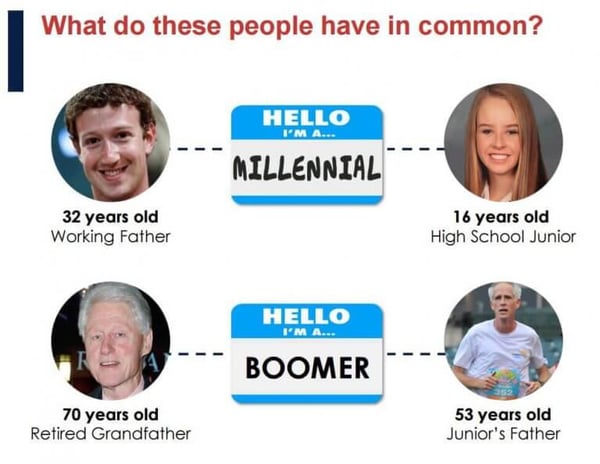 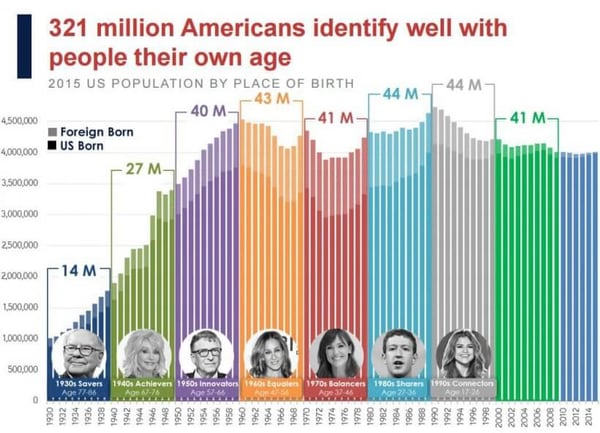 Increasingly, the key to retail is activating marketing programs against specific, actionable insights like these. Technology trends like personalization, segmentation, and remarketing are all based on the reality that in today’s competitive environment, broad assumptions about large groups of people behaving the same way are vulnerable to more insightful competitors carving off segments of shoppers they understand better than you do.

In today’s competitive environment, broad assumptions about large groups of people behaving the same way are vulnerable to more insightful competitors carving off segments of shoppers they understand better than you do.

While we often talk about technology as a convenience play –the ability to purchase outside the store– its real power is more related to marketing than sales and is far more impactful. Today’s technology allows retailers to deeply understand their shoppers, and, for the first time, tailor their offerings in a way that meets shoppers’ needs in a personal, compelling, and easy way.

The conference ended on a high note with a bright panel of emerging industry leaders. Cameron Wanek of Ashley Furniture, Becca Sudbeck of Nebraska Furniture Mart, and Michael Forwood of Louis Shanks answered a series of questions on their plans for making it easy for their generational counterparts to shop with them. Their forward-thinking ideas ranged from creating an open dialogue between retailers and shoppers to brainstorming furniture stores of the future.

Beyond their poise and acumen, the most striking about the panel was their perspective on technology. Or, in some ways, their absence of a perspective. Unless prompted to talk about technology specifically, these panelists focused far more on the experiences they wanted to offer their shoppers, with the assumption that the technology to do so would be there.

And, perhaps for the first time in the history of this industry, they’re right.

As City Furniture’s Keith Koenig, a speaker on a traditional retailer and manufacturer panel, noted, “None of us would be here if we weren’t open to change” and this conference of industry leaders made it quite clear this is the case. Moreover, there was ample evidence of retailers and manufacturers moving beyond openness to driving change and refashioning their relationships with customers, with technology at the core of their initiatives and aspirations.

With 2016 coming to a close, Blueport Commerce looks forward to a new year of driving innovation and enabling furniture retailers to capture their ecommerce opportunities. We’re excited to see the industry is right there with us.

How To Optimize Your Furniture Ecommerce Store for Local Shoppers